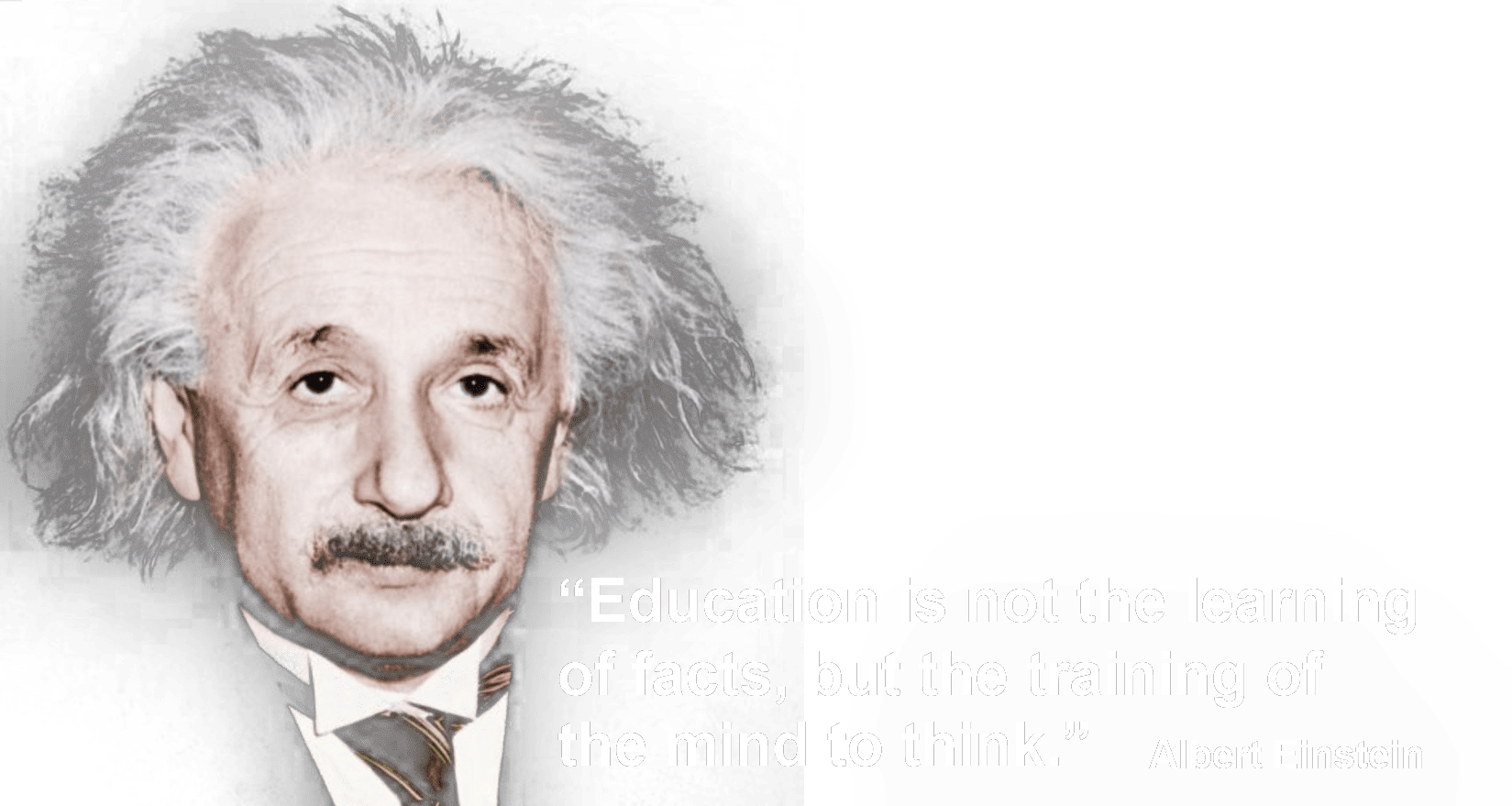 Imagine the benefit of first training of the mind to think. The Arrowsmith Program increases your ability to learn by creating new neural pathways in the brain, which strengthens your mind to think better.

By starting with learning to improve your ability to understand and remember before studying facts A1 Students enjoy a more effective education.

A1 Students naturally see an improvement in their academic results, but they also say that the program has improved their overall quality of life. It gives them a newfound ability to play sports as they ‘can read the game better’. It improves their social skills and self-confidence, making them better equipped for their future when they leave school, or for adults on the program, it opens new job opportunities.

Change your cognitive profile and you’ll change your life!

Key components of the Arrowsmith Program

THE THEORY BEHIND THE ARROWSMITH PROGRAM

The Arrowsmith Program’s identification of learning dysfunctions is based on the work of the neuropsychologist, A. R. Luria, who investigated the functions of specific regions of the brain.

Luria concluded that complex cognitive activities, such as reading, writing and mathematics, require the interaction of several areas of the brain at the same time. Each area of the brain has a very specific role to play and if one part of the brain is impaired, the performance of the learning activity will also be impaired resulting in a specific learning dysfunction.

The philosophy of the Arrowsmith Program is that these cognitive areas may be improved through strenuous cognitive exercises, resulting in strengthened learning abilities.

Each A1 Student in the Arrowsmith Program has a specific schedule of tasks and exercises corresponding with their identified learning profile. These include written, visual, auditory and computer exercises.

In one instance, a student with an inability to distinguish between similar sounds, such as “hear” and “fear” will be taught to listen to speech sounds drawn from other languages until he/she is able to accurately hear and reproduce the sounds. Repeated practice strengthens the individual’s ability to hear and differentiate English speech sounds.

Each student enrolled in the Arrowsmith Program is assessed at the end of each year to evaluate progress and the student’s program is modified as needed for the subsequent year.

Our goal is to help students increase their learning capacity and reintegrate into a full academic program following completion of Arrowsmith.

Arrowsmith teaches the student’s success is based solely on their effort, their ability to set goals and to achieve them over time. This increases the internal locus of control.

You are not successful in the Arrowsmith Program because of luck or fate, but rather it comes from determination, resilience and responsibility and hard work. Arrowsmith helps individuals build an internal locus of control which directly improves the quality of life at school, sport etc which remain for the rest of their lives.

Our Framework for Results

The Arrowsmith Program comprises a unique combination of three different types of exercises:

Computer exercises:
Strengthen the ability to reason, use logic, and comprehend, as well as exercises for strengthening numeracy skills, reading, and visual memory for symbol patterns and face and landmark recognition.

HOW DOES THE ARROWSMITH PROGRAM INCORPORATE THE PRINCIPLES OF NEUROPLASTICITY?

The premise of the Arrowsmith Program is that the weaker cognitive areas that contribute to learning difficulties can be strengthened through cognitive exercises. Once the source of the learning difficulty is addressed, the learner’s ability to perform complex tasks will also be improved.

WHAT MAKES THE ARROWSMITH PROGRAM UNIQUE FROM OTHER PROGRAMS FOR STUDENTS WITH LEARNING DIFFICULTIES?

The philosophy that the learner is not fixed, but can be modified through the application of the principles of neuroplasticity, sets the Arrowsmith Program apart from the majority of other programs for students with learning difficulties. The Arrowsmith Program is capacity based in that its goal is to change the student’s capacity to learn, rather than compensatory which tries to work around the problem. Strengthening these weaker capacities, it is hypothesized, increases the overall functioning of these specific cognitive areas, allowing them to be used more effectively for learning.

It is essential to first identify each student’s cognitive profile – his or her specific cognitive strengths and weaknesses.  This is accomplished through a detailed assessment process and this determines which cognitive exercises each student needs to work on.

The program currently addresses a broad range of cognitive areas from auditory and visual memory, to thinking, problem solving, and reasoning, to numeracy, comprehension, to non-verbal interpretation of situations, to the underlying functions related to literacy and writing, to navigating the physical world.

Traditional approaches for the most part are ‘workarounds’ or compensatory – for example, if you have a poor memory then make an audio recording of your lectures so you can go over the material that you were unable to retain in memory, or if you cannot write, use voice recognition software –and do not address the root cause of the problem but try to find ways around the problem.

The difficulty with this approach is that no compensation or work around is fully effective and it takes huge amounts of energy to implement these techniques.

WHAT IS THE GOAL OF THE ARROWSMITH PROGRAM?

The goal of the Arrowsmith Program is to strengthen the learner’s ability to learn through a range of specific programs so that learning can proceed easily and efficiently.

The Arrowsmith Program does not teach content, but changes the capacity of the learner to learn so that the learner can understand, absorb, retain, process and use the content. This lays the foundation for learning by strengthening critical cognitive functions such as reasoning, thinking, planning, problem solving, visual memory for symbol patterns, auditory memory for facts and instructions, visual memory for objects such as landmarks and faces, number sense, non-verbal problem solving required for effective social interaction, spatial reasoning necessary for navigating one’s way, and learning motor plans involved in writing and reading. This approach allows the learner to proceed through his or her academic and vocational career with strengthened cognitive functioning and to succeed where before they struggled and often failed.

HOW DO I KNOW IF THE ARROWSMITH PROGRAM IS RIGHT FOR ME OR MY CHILD?

Initially, it is essential to identify each student’s cognitive profile – his or her specific cognitive strengths and weaknesses. This is accomplished through a detailed assessment process and this determines which cognitive exercises each student needs to work on.

Arrowsmith is Internationally recognised as a leader in helping children and adults with learning difficulties such as dyslexia, ADHD, Asperger’s syndrome, dyspraxia, dysgraphia, dyscalculia, auditory processing and working memory difficulties.

We have over 40 years’ experience; our individual programs use neuroplasticity to improve cognitive capacity and the effectiveness of Arrowsmith is proven with scientific research and brain imaging.

Our free online test will help identify areas where you may need some help with learning. Arrowsmith targets 19 different areas of the brain. To find out your cognitive profile take our free on-line test. It should take about 20 minutes and provide some immediate feedback.

IMPROVE YOUR OVERALL LIFE, NOT JUST YOUR ACADEMIC RESULTS.

Arrowsmith students say that the program improves their overall quality of life at school, sport etc not just their grades. Once the new neural connections are made, they remain for the rest of their lives. 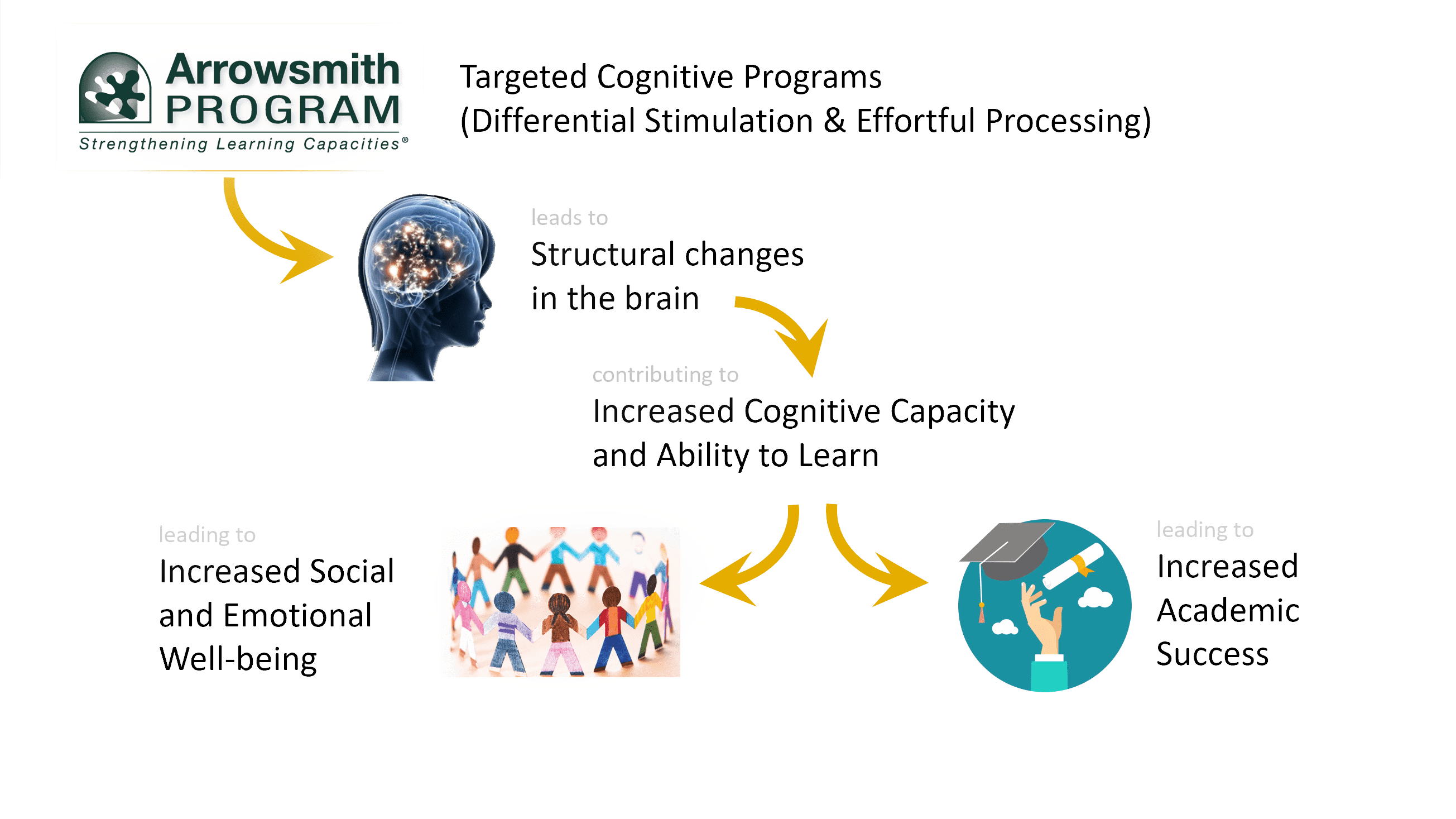 Our students tell us “this program has literally changed my life” ™*

If you would like to know more about how Arrowsmith can improve your or your child’s life, book a 15-minute call with us.